The Difference between Copper and PVC Water Pipes

Blog News The Difference between Copper and PVC Water Pipes 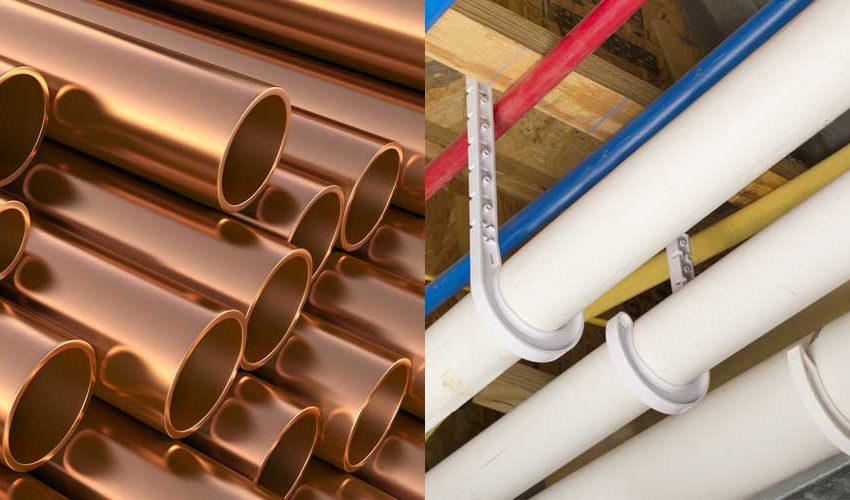 There may be some plumbing jobs where traditional copper piping is still preferred over PEX, but for most residential installations and even many commercial ones, PEX is your hands down best choice.

PEX should win over copper as your plumbing preference on at least four counts. First, PEX is downright cheap. In addition, compared to copper, PEX has:

PEX is cross-linked polyethylene, a petrochemical material used since the 1980s for in-floor heating. Its many advantages over copper quickly led to its widespread commercial use, especially in plumbing applications. Compared to the cost of copper, PEX is damn cheap. It can run as much as 13 times less in price than copper, depending on where you live and what you’re buying. And let’s face it. Home ownership is expensive business, and if you can save a buck on the plumbing, do it. So, what about copper?

Copper is a beautiful material and visually stunning. Its atomic number is 29. It doesn’t melt until it reaches nearly 2000F degrees; its boiling point is 4644F. It has been used for at least 11,000 years, and mined for 7000 years, first by the Romans. They named it Cuprum, after the Island of Cyprus, where they pulled it from the earth. The Statue of Liberty is made of copper. Copper is pink until it hits air whereupon copper turns golden, then orange, then green, and then black. Plumbing masters who can wield copper, torch in one hand and flux in the other, their soldering patterns of circular perfection, are practicing an ancient art. Used to trim homes (as soffits and fascia) copper is a contemporary stamp of inimitable quality, luxury and beauty.

The PEX Flex: The Amateur Advantage

PEX beats out copper because a rank amateur can work with it, install it, and repair it. If you have ever had to do an emergency plumbing repair using traditional copper and then repeated the retrofit, installation or repair with PEX, you know there is no comparison. That’s because PEX can flex. PEX can wiggle through tight areas, snake between closed walls, and slip around corners. All without a single solder or bend. To make it still simpler for the homeowner, PEX comes in three easy-to-identify colors, red, blue, and white, in the same fit dimensions as copper, and works seamlessly with other metals and plastics.

Copper is rigid and unforgiving. Every turn requires a bend and a connector, painstakingly soldered together, and nearly impossible to do when you are upside down in a wet basement trying to effect some emergency plumbing repair. There’s no such challenge with PEX. Just snake and crimp. The ease of this process cannot be overstated when you’re working with your arms over your head and water is sloshing on to your face and down your shirt. As well, PEX uses shutoffs at every supply line, making it easier to stop flowing water fast, precisely where you need it, and when.

The flexibility of PEX also makes the work cheaper, even when you hire a plumber to do it. That’s because the plumber also doesn’t have time-consuming solders or to fight to get rigid pipe where it needs to go. Just slip and crimp. The no-contest lower cost and simplicity of use of PEX add up to big time savings. Every homeowner should hear cha-ching! cha-ching! when thinking about the price to buy, install, maintain and repair PEX compared to copper.

PEX has been engineered to withstand extreme temperatures from below freezing and above 200F degrees. And remember, unlike copper, PEX comes color-coded in white, red, or blue, a real advantage when you are trying to trace lines to find a leak in a plumbing emergency. PEX is also more energy efficient than copper because it is impervious to temperature. That means you don’t lose your water’s heat or cold to the pipes, and you can touch PEX pipes without over-concern of injury. And on the subject of temperature, PEX can expand and contract with heat and cold; your copper pipes might just burst—in February, about 3:30, in the wee hours.

So what’s the debate? Copper has one clear advantage over PEX. Copper can be used outside whereas PEX cannot. Exposure to ultraviolet rays from the sun breaks down PEX. For the homeowner, there are steps to take to ensure your PEX isn’t damaged before you buy.

The PEX Controversy: Your Health and the Environment

PEX, handled properly and maintained well, can provide years of excellent and unparalleled service to the homeowner, and save you plenty of money. Still, PEX is made from petrochemicals, polymers that can break down and release potentially toxic chemicals into your drinking water, including methyl tertiary butyl ether (MTBE), a hydrocarbon. This hydrocarbon can also enter water at its source. When that happens, the MBTE from the water source, in combination with the release of MTBE from the PEX, might exceed allowable levels in drinking water. There are other issues to be aware of regarding PEX tubing.

Copper is an excellent choice for anyone who can afford it, and where issues of cost, installation, maintenance and repair are unimportant. For most of us, though, these are precisely the issues we must consider with respect to our home. PEX is a great choice, when you are aware of the risks that might be associated with its use.

Many homeowners who draw their water from wells or non-residential sources test their water every year for various contaminants that could be present. Others use additional filters to exclude potentially problematic microbes that could cause illness. These precautionary steps just make sense.

In today’s engineered world, we are inundated with chemical compositions that allow us to use new materials, especially plastics, to do things more cheaply and efficiently than before. Still, install that carpet and paint your walls with the windows open, and wear a mask when you tear down your home’s walls. Risk aware does not mean risk averse. As a homeowner, know what materials your home is built from, and respond accordingly. 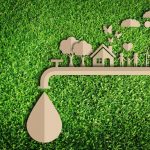 Plumbing Tips for the Summer 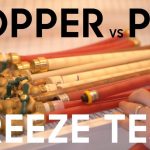 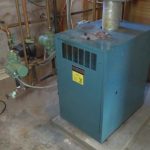 Why Keeping Your Home’s Gas Boiler Clean is So Important

Get all latest content delivered to your email a few times a month.